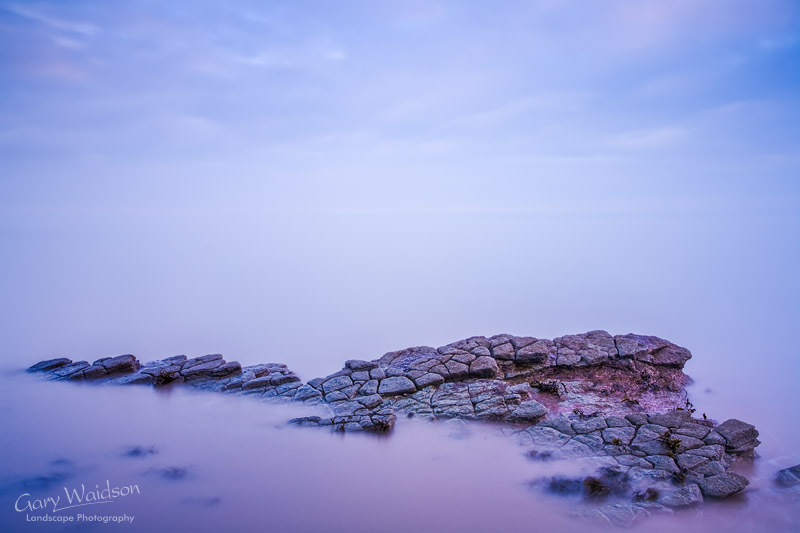 I received a call from an Paul Wheeler, an old friend I used to go on photographic trips with back in the days when I was shooting just film.

I hadn’t seen much of him since he had gone off to University to study Geology and like so many friendships we had drifted apart.

It seems he had found this site at just the time he was making the transition to digital imaging and it prompted him to make contact once again. It wasn’t long before we were planning another trip and as he was living in the South West and the weather forecast for my end of the country was dire, we decided to head towards Devon and Cornwall.

Paul’s new expertise in Geology and his interest in Surfing was to create a distinct theme to this trip of rocks and water but our first stop, St. Audrie’s Bay turned out to be a very quiet introduction.

We arrived just before dawn and made our way over the beach and down to the rocks ( I think he called them “Mudstone” but I could be wrong. ) which extended in long fingers out into the sea.

The tide was low and the water almost motionless. My hopes of crashing waves on jagged rocks was certainly not the order of this morning. Nor was it going to be a strong and colourful sunrise.

It was the soft and gentle light of pre-dawn, with it’s lilac hues that best suited this calm scene and although it was not the shot I had arrived looking for it was one I was quite happy to leave with.