One thing that impressed me very early on with digital photography is it’s ability to record a wide range from highlight to shadow.

What limits this ability a little is the need to render that range in a picture on a computer monitor or a print.

Here for example we are looking into the light and there is snow on the ground. 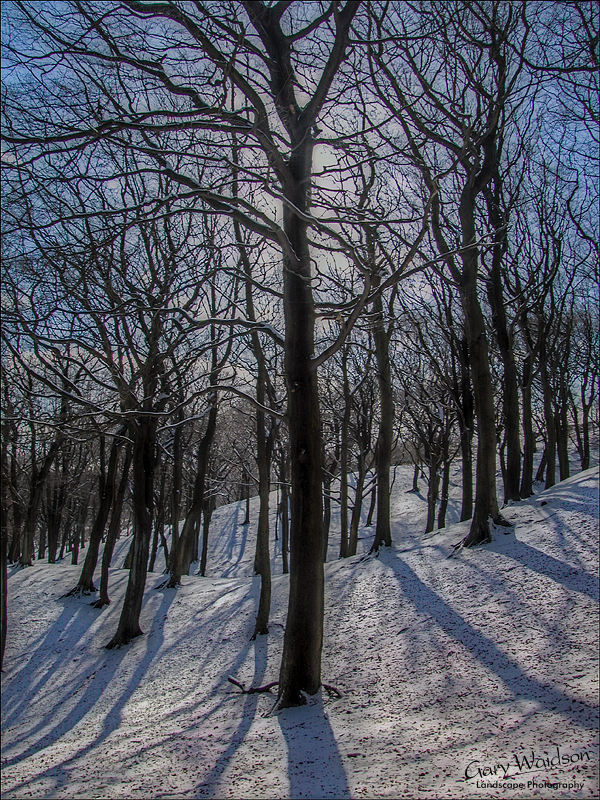 This would be a scene that would have been only just possible to record on film with some serious work in the darkroom.

As a raw digital exposure though it is possible to take two different renderings of the exposure  and blend them together on the computer with very little fuss and in print form there is plenty of detail in both the snow and the tree trunks.

Digital capture was a bit of a learning curve at first for an old film user like me, but I soon realised it was worth getting to grips with the science and theory if it could produce results like this.