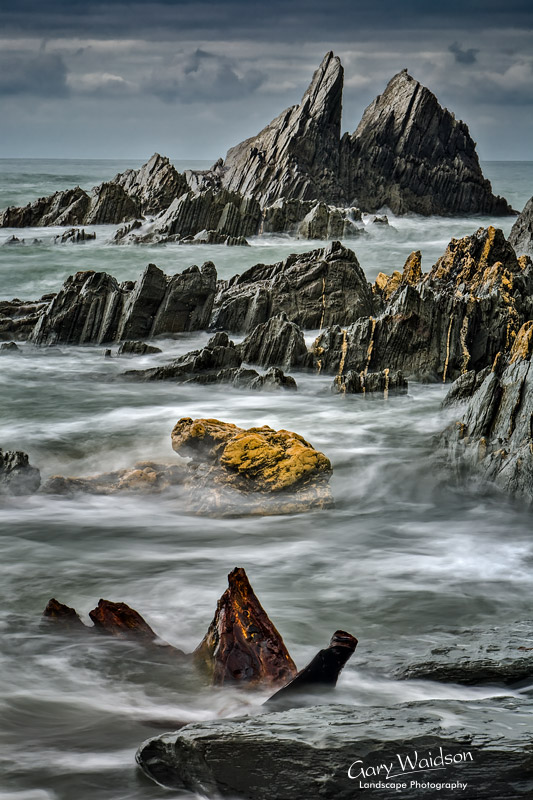 Morte Hoe turned out to be just what I was looking for on this trip.

Jagged rocks and lively seas, just my type of thing.

I spotted the rusty tones of an old wrecked boat in the surf that contrasted with the neutrality of the dominant rock forms and made that a focal point of my first shot.

As the tide was rising I moved further up the beach and concentrated on the cleft rocks a little further out to sea.

This has become a favourite image that I have reworked a few times as my post production skills have improved over the years.

We moved a little further up the coast for a look at the lighthouse but the light was uninspiring so we moved on towards our next stop, Hartland. 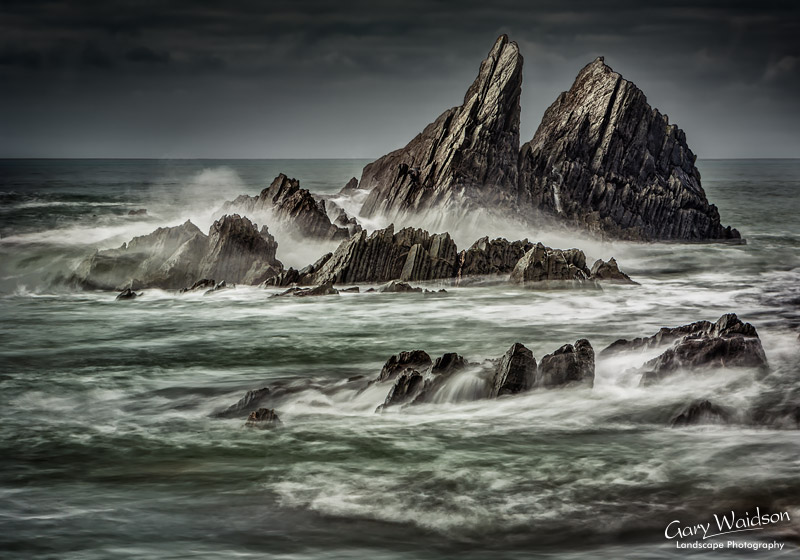 The Anatomy of an image. Post production, from Raw file to finished product.