Not knowing Ireland particularly well we decided to drive down the East Coast and round the South towards Dingle where we booked a cottage for a few days.

In hindsight, although the beaches were nice and the towns lovely with some interesting museums along the way, it was not what I would call a  photogenic landscape. At least, not for my kind of pictures.

An evening near Tinnaberna produced this image but it was not until we hit the South West that the land became more rugged and  the rocks broke through the soft skin of the Earth. 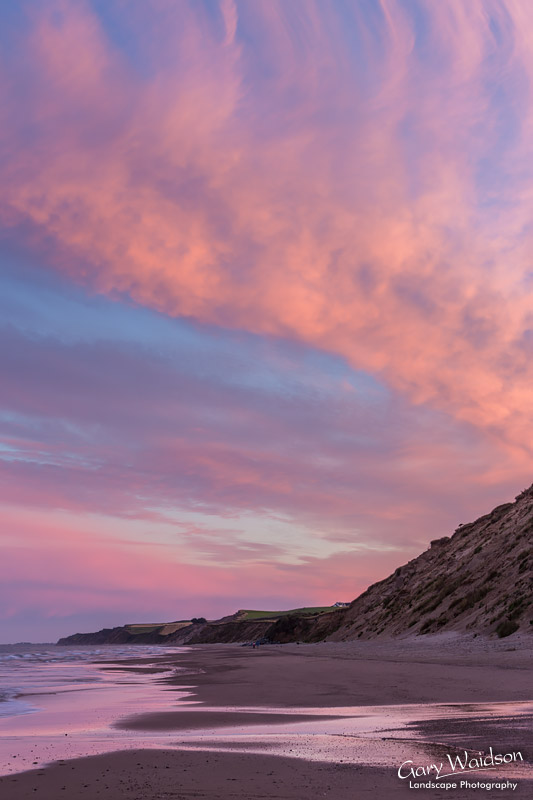 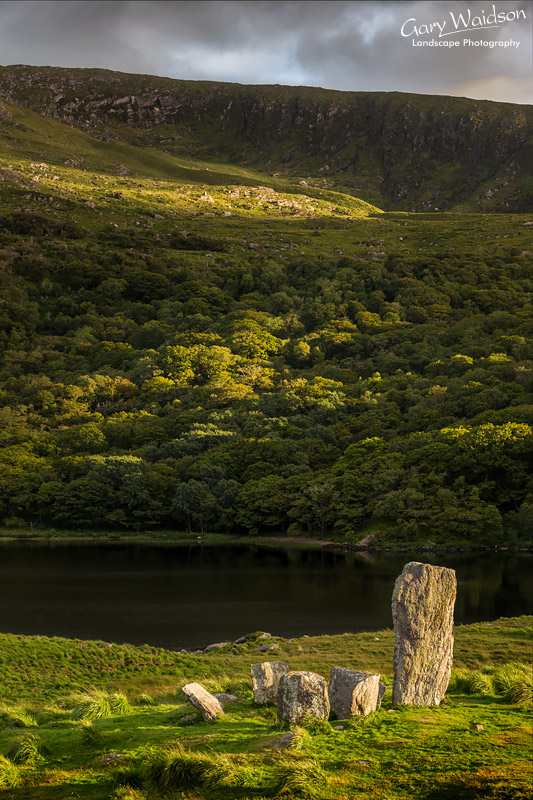 One location I was interested to see was the small Neolithic Stone Circle of Uragh, near Lough Inchiquin.

Not the largest or most spectacular of monuments perhaps, just five stones in a circle about eight feet in diameter, but I thought the setting was splendid. 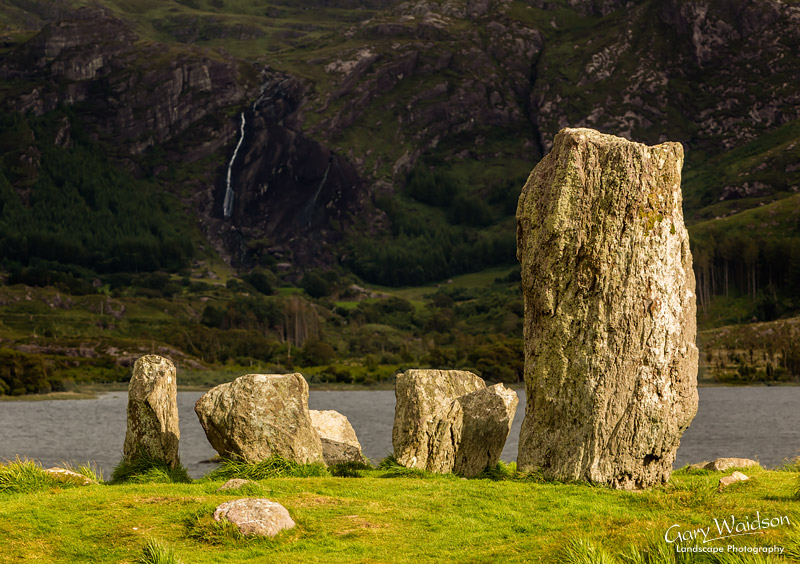 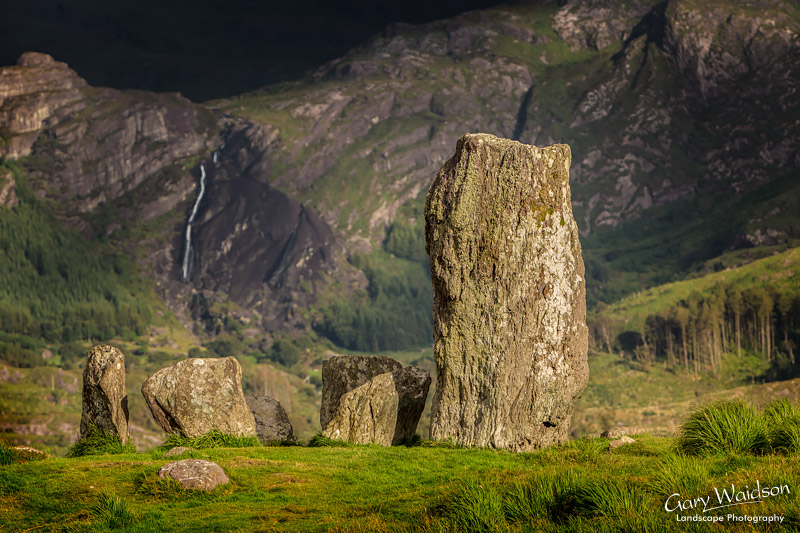 We spent a very pleasant evening here before moving on to Dingle in the morning. 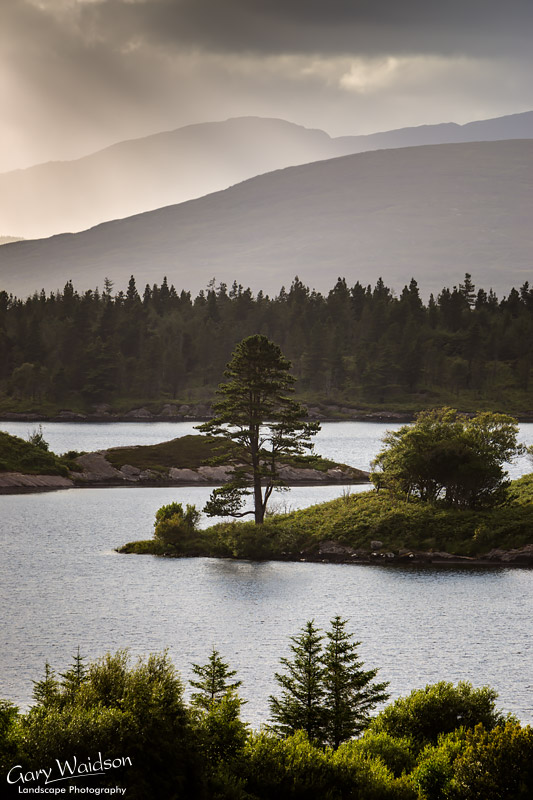