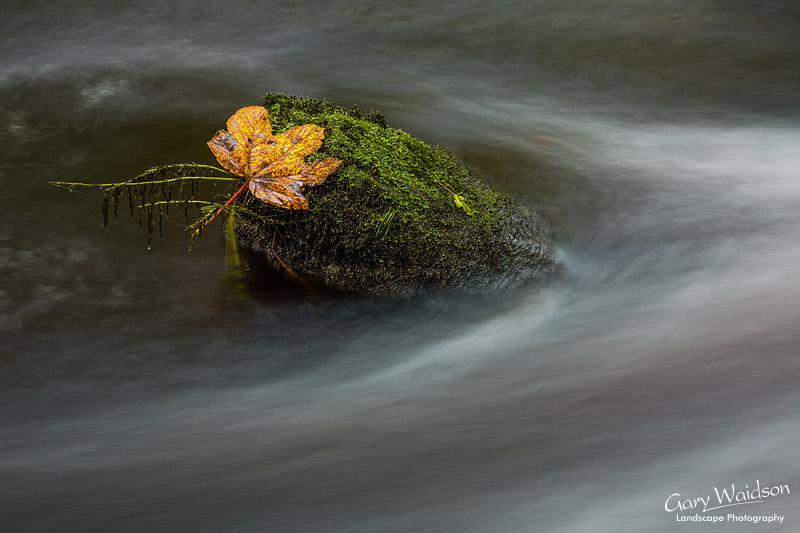 Some days you make a great start but somehow don’t quite follow it up.

This was just such a day for me. I was out with Jim Howarth again and we had gone for the Autumn colours that were on show everywhere else but had only just started to creep into the sheltered valley of Hebden Dale.

I spotted this leaf resting on a rock in mid flow and got a shot that I quite liked. I suppose everyone will think I put it there, but in truth, even if I’d thought of it, the water was far too deep to wade into there.

A little further up stream, the water was flowing much slower and the combination of the reflection and the motes floating down stream prompted me to set up and try to catch the right balance between the two. This is where digital capture really earns it’s place. 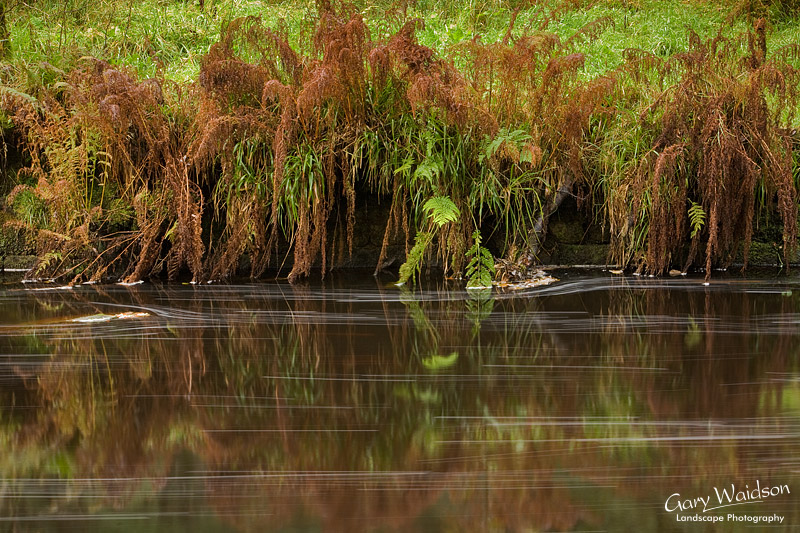 Predicting the movement of hundreds of tiny bubbles on the water during a long exposure would test any film photographers patience. Here I was able to take a number of frames, check the results on the camera’s monitor and get exactly the shot I was after.

Two shots in the bag, it’s sad to say that the rest of the day failed to be as fruitful for me. That’s just the way it goes sometimes.