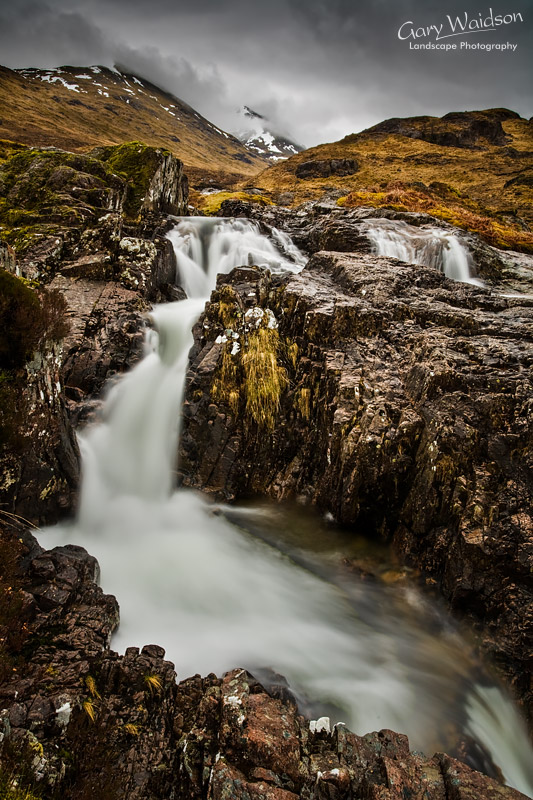 Bigger and more famous than it’s near neighbor Glen Etive, Glen Coe carries the A82 from Rannock Moor down to Loch Leven.

On the way it passes a spot called the Study and stopping in the new layby to have your photo taken in front of the waterfall seems to be a requirement for many of the sightseers passing through.

Clambering to the top of the falls produced a much more satisfying result for me this morning as I was heading to Castle Stalker.

I think the peak in the clouds may be Stob Dubh but I could not swear to that identification.

I camped near this location because I was hoping to catch some early morning light on Buachaille Etive Mor but this morning it was fated to be mist that draped it’s slopes.

Old Boockle has become an iconic shot for landscape photographers shooting in this area and many of those shots are taken from the riverside to provide some foreground interest.

On this occasion, due to the low water level, I was able to get to a position in the middle of the river for a slightly different angle.

If you gave a child a pencil and asked them to draw a mountain I wouldn’t mind betting the result would look something like this classic craggy peak.

It’s position as you drive over Rannock Moor makes it seem like a sentinel, guarding the entrances of two fine and precious glens. and indeed it’s name translates roughly to “Great shepherd of Etive”

I’ve seen literally hundreds of pictures of this scene but it doesn’t stop me wanting a good shot of my own precisely because it is such a fine landmark. 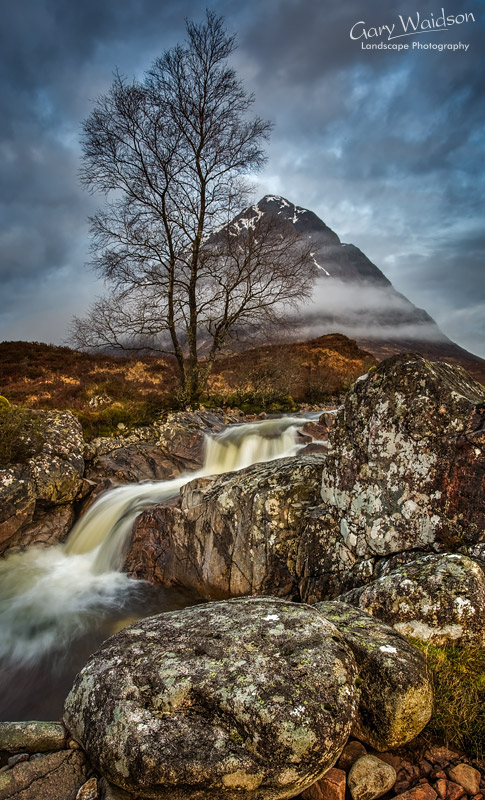 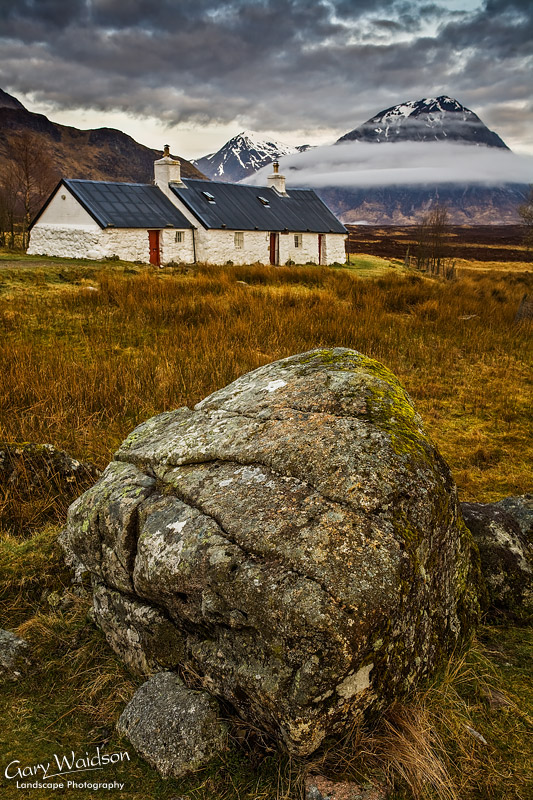 Another much photographed scene in the area is Blackrock Cottage.

I have a friend who says if he ever sees another picture of it he’ll scream, but I know for a fact he’s got a couple in his own collection as well.

I suppose it’s odd that in the midst of all this wild looking scenery this little bit of civilization looks as if it utterly belongs in the landscape.

Once these glens would have been full of such small cottages but now very few remain and many of them are only maintained now as climbing huts like this one.

I wonder if the souls that originally put this simple shelter together had any idea how famous their building would one day become.

Looking at the conditions I turned my attention down Glen Etive towards the Loch next. 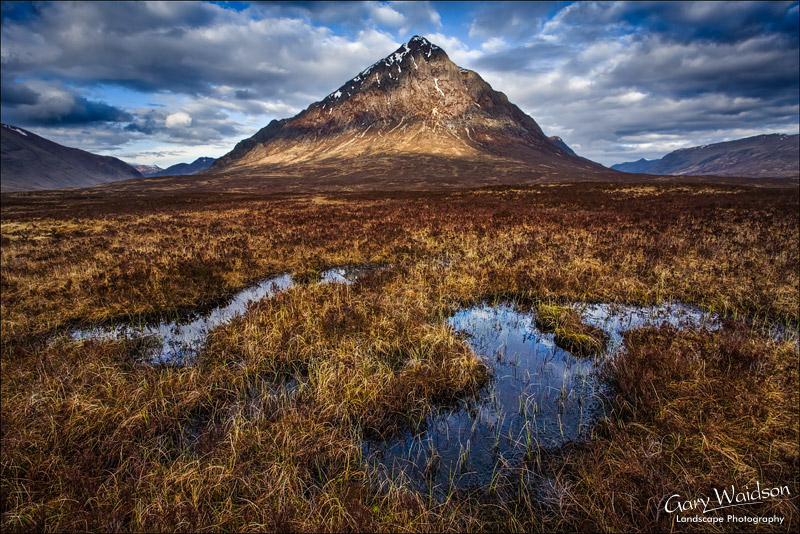 After three nights camped in more or less the same spot, this is finally the bit of light I was waiting for.

There wasn’t much of it and it came a little later than I had hoped for but it was just what I needed to lift Boockle up out of the moorland.

I’ve heard it said that that in Summer you could swim across Rannock Moor and in the Winter, skate. That may be a slight exaggeration but it’s certainly a very damp spot and these pools in the peat are typical of much of the area.

I usually wear good Wellington boots in such places but on this occasion I still got a wet foot as I stepped backward from my tripod into a small pool and promptly sank down to my knee in the bog.

Fortunately it was the last shot I had to take before turning towards home. All in all a good few days.