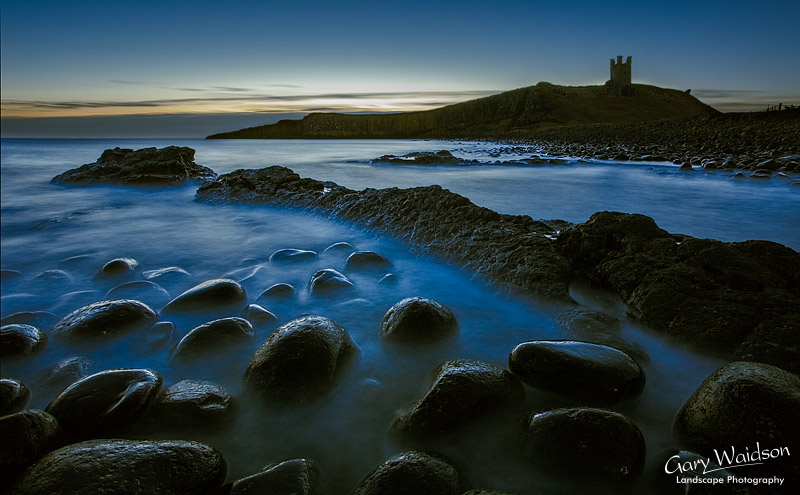 Ok, I know it, I’m a sucker for long exposures of water. I’ve said before that I like to stretch the boundaries of time in my pictures but I also think it is the one of best ways to record the liquidity of moving water.

The sea shifts and moves with the echoes of events in far away places. Storms and the restless movement of the Earth ripple it’s surface and the Sun and Moon add their own rhythm to the mix as well.

Working at the times around sunrise and sunset often allow longer exposures, which capture that shifting nature well, but sometimes I like to add some neutral density filtration to accentuate the motion and create this almost ethereal look to the water. It’s an effect I like and by the fact that you’ve read this far I hope you like it too.

The tide was low and ebbing as the sun rose this morning which makes it easier to get in amongst the wet rocks without constantly having to make sure your retreat is not cut off.

My plan was to use the light in the sky to shoot the northern aspect of the castle and then catch the first rays of the sun as they lit up the other side of the castle.

Unfortunately the National Trust had other plans for the southern walls as they had covered them with scaffolding as part of the maintenance of the monument.

This is the second castle I’ve been caught out by scaffolding in the last year and I do wish there was some kind of online source of information on such building works available.

So with my early morning plan somewhat truncated I reached for the map and decided on an alternative that I had been thinking about, Howick.